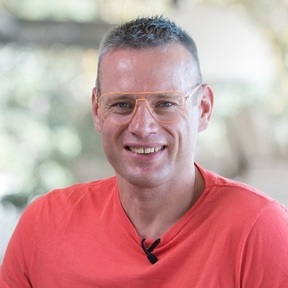 Martin Stark is a Keynote Speaker, LGBTQI+ Advocate, Courage Champion and Inclusion Practitioner. Martin is passionate about Inclusion, Diversity, Equity, Social Justice and Fairness. Martin is a seasoned commercial negotiator and Supplier Diversity Expert with 15-years’ experience as an IT Strategic Sourcing Leader. Martin is the Founder of the Business Builders Group Diversity, Equity and Inclusion Forum the Yarning Circle and is a Pride Inclusion Advocate for Pride Life Global

Martin was diagnosed with Addison’s disease shortly after surviving being placed in two induced comas and a tracheotomy. Since 2006 he has had four major surgeries and over 70 hospital admissions. Martin believes in health and wellness, staying active, living life to the max and has the words “Courage” and “Fear Nothing” tattooed on his back. Martin defines courage as “The ability to take psychological and physical ownership of fear deciding to venture forward into the challenge or threat with confidence and resilience”

Martin is the Founder and CEO of the not-for-profit company World Gay Boxing Championships Limited (WGBC) and plans to hold the inaugural world LGBTQI+ boxing championships in Sydney in February 2023 coinciding with the city hosting World Pride and Mardi Gras. Martin's aim is to introduce boxing to the LGBTQ+ and wider community encouraging people participate in the boxing in a safe and comfortable environment.

Martin talks about Courage, Inclusion, Sport and LGBTQI+ Advocacy and has been interviewed by The Guardian, Reuters, BBC World Service, BBC Sport and has been featured in prestigious Australian and international LGBTQI+ media including DNA magazine, Out Sports and Out.com. 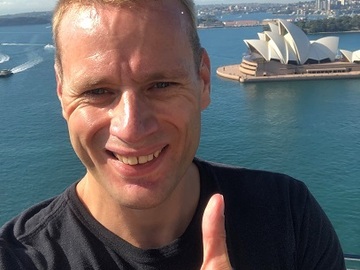